Welcome to the New WCNTV Website. Ready for The World!!! @wcntv

Check out https://www.wcntv.tv! Home Page…   Welcome to the launching Pad for something quite unique in Transmedia Brandcasting and the New Revenue opportunities that are and will become available to you at World Colours Network.   If you are looking for opportunities to make money check out these three amazing opportunities. WCNTV has been operating a Think Tank in Media and Technology for 10 Years and now we are launching the opportunity for the Public to take advantage of what we have uncovered.   Below you will find a Collection of publications including Today‘s Transmedia Women dedicated to making sure Women are not Miss Represented in the Media. We thank you for stopping by and check back ofter for events and opportunities to turn Content into Cash.   WCNTV will be casting for a Reality Show called “I WANT TO LAUNCH A GLOBAL BRAND” If you are a Jerry McGuire Super Top Gun Sales Person the first step is wowing us in one of these three businesses where we will choose THE PRESIDENT OF GLOBAL SALES MARKETING & MERCHANDISING for our Global IPTV Channel. Do you have what it takes. Lets Get it ON!!!
Via www.wcntv.tv

HAPPY THANKSGIVING TO ALL THE WCNTV WIDE WORLD #grateful 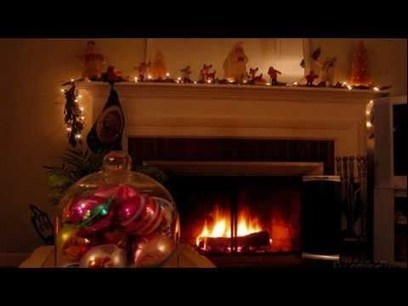 Wishing you and your families, a wonderful Thanksgiving and upcoming Holiday Season.  Jay O’Conner Chairman & CEO WCNTV   Please Remember this quote. “Life’s most persistent and urgent question is, ‘What are you doing for others?’” Martin Luther King Jr.
Via www.youtube.com

TSOP (The Sound of Philadelphia)

From Wikipedia, the free encyclopedia

This article is for the song, for the record label see TSOP Records

“TSOP (The Sound of Philadelphia)” is a 1974 hit recording by MFSB (Mother, Father, Sister, Brother) featuring vocals by The Three Degrees. A classic example of the Philadelphia soul genre, it was written by Kenneth Gamble and Leon Huff as the theme for the American musical television program Soul Train, which specialized in African-American musical performers. The single was released on the Philadelphia International label, and it is arguably the first disco song to reach number one on the Billboard Hot 100.

The song is essentially an instrumental piece, featuring a lush blend of strings and horns in the Philadelphia soul style. There are only two vocal parts to the song: a passage close to the beginning during which The Three Degrees sing “People all over the world!”; and the chorus over the fadeout, “Let’s get it on/It’s time to get down”. The words “People all over the world!” are not heard in the original version. “TSOP” hit number one on the U.S. Billboard Hot 100 in the spring of 1974 and remained there for two weeks. It also topped the American R&B chart (for one week) and adult contemporary chart (for two weeks).[1] The Three Degrees would revisit the top of the AC chart later in 1974 with their hit single, “When Will I See You Again“.

Although it was rerecorded a number of times for future versions of the show, “TSOP” has remained the theme song for Soul Train through the disco, 1980s R&B, new jack swing, hip-hop, and neo soul eras of Black music.

“TSOP” was covered by Dexys Midnight Runners and released as a B-side on the 12″ version of the “Jackie Wilson Said” single, later issued on the remastered version of the album Too-Rye-Ay. The band also used it to open some of their live shows.

Another cover was made in 1978 by reggae band Inner Circle, who had a history of covering American soul songs in the laid-back reggae style of the late 1970s.

The song is played at Citizens Bank Park in Philadelphia prior to every Phillies home game. Pilipinas, Game KNB?, a Philippines game show hosted by actor/politician Edu Manzano, used an adaptation of TSOP called “Papayo Yowza” as its theme.