Welcome to the New WCNTV Website. Ready for The World!!! @wcntv

Check out https://www.wcntv.tv! Home Page…   Welcome to the launching Pad for something quite unique in Transmedia Brandcasting and the New Revenue opportunities that are and will become available to you at World Colours Network.   If you are looking for opportunities to make money check out these three amazing opportunities. WCNTV has been operating a Think Tank in Media and Technology for 10 Years and now we are launching the opportunity for the Public to take advantage of what we have uncovered.   Below you will find a Collection of publications including Today‘s Transmedia Women dedicated to making sure Women are not Miss Represented in the Media. We thank you for stopping by and check back ofter for events and opportunities to turn Content into Cash.   WCNTV will be casting for a Reality Show called “I WANT TO LAUNCH A GLOBAL BRAND” If you are a Jerry McGuire Super Top Gun Sales Person the first step is wowing us in one of these three businesses where we will choose THE PRESIDENT OF GLOBAL SALES MARKETING & MERCHANDISING for our Global IPTV Channel. Do you have what it takes. Lets Get it ON!!!
Via www.wcntv.tv 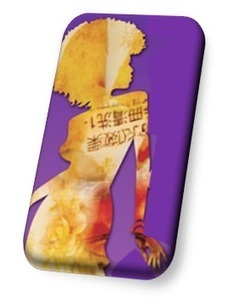 This Blog is dedicated to my Daughters whom I love with all my heart. As we venture to make a difference in Media its clear there is a system of marginalizing Women’s Role in Today’s Media.Transmedia StoryTelling provides a unique opportunity for a Hyper Cool, Hyper Transparent look at the issues that were introduced by Miss Represented on the Oprah Winfrey Network.   As a Dad and a media executive I felt it important to create a place to get the information and facts I need to make sure that World Colours Network Television gains and maintains its core audience. Equal Pay for Equal Performance, only make sense and opening the doors to a higher level of thinking and more important communication to exchange dialog, ideas and yes even criticism should we get off tract.   So I dedicate this Blog to All Women and especially those women in my life that have helped me along the way.   We can and will do it better seeking your voice along the way. Please make this your blog and post comments articles and if you would like to be a regular Citizen Journalist we hope as this matures you will consider telling your story here on this blog.   Posted on November 24, 2011, and tagged Hyper Cool, Hyper Transparent, LinkedIn, Mass media, People, Today, Transmedia Brandcasting, Transmedia StoryTelling, United State, Women.
Via transmediawomen.wordpress.com

A Lesson In Branding From NBC A media critique by Wayne Friedman, Thursday, June 30, 2011

A Lesson In Branding From NBC A media critique by Wayne Friedman, Thursday, June 30, 2011

Advertisement What hurts a TV brand most? Not the obvious. NBC News’ different entities were not affected by what everyone seemed to think would affect them. A lot had been made of MSNBC‘s big time opinion-makers — especially the former controversial host Keith Olbermann. But, according to former NBC Universal chief executive Jeff Zucker, he and other MSNBC hosts/commentators didn’t hurt the likes of “NBC Nightly News with Brian Williams” or “The Today Show.” Say what you will about NBC in prime time or NBC in late night, other NBC assets did not get hurt under Jeff Zucker’s reign. “Today” has been number one for 15 years, and Brian Williams has been in first place for a number of years as the best-rated early evening network news show. Zucker says it wasn’t a premeditative intention to “go left” with MSNBC. That just came out of what Olbermann was saying about Republicans and President Bush — “We couldn’t help but notice that,” Zucker told a New York audience during the Promax/BDA television marketing conference. NBC decided to go with the flow. Nice to know that television executives kind of let lightning-in-a-bottle happen, which should be lesson learned for the future as Zucker steers Katie Couric around syndication’s afternoon turf. The lesson — sometimes — is to know when to let a TV brand breathe, and perhaps fumble along its way. Meet Wayne Friedman at OMMA AdNets LA! Wayne Friedman will be there moderating a panel on “Buyer’s Workshop: Entertainment Marketers Leverage the Nets” on July 18 at 3:30 PM. Top executives will be there. Will you? Register today and save. That said, letting things run with Olbermann wasn’t much of concern. As Zucker said, MSNBC, as a cable network, “couldn’t get arrested.” So there was nothing to lose. In other dayparts, well known brands like “The Tonight Show” and NBC prime time had much more to lose. TV executives are always looking for “complementary” assets — all to help sell advertising and participate in cross-marketing/promotional efforts. But few back then would have ever thought that the now-outspoken hosts on MSNBC would ever complement traditional NBC journalistic traditions. To paraphrase Zucker, trust the viewer.