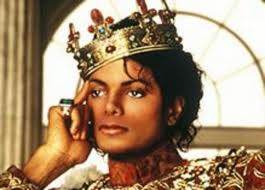 Michael Jackson videos were some of the most innovative in music history. More than just promotional clips, they were short films that pushed the limits of the art form, showcasing cutting-edge technology, intricate storylines and unforgettable dance routines. On the second anniversary of the King of Pop‘s untimely passing, Thanks to PopCrush we  look back on the top 10 Michael Jackson videos. Click on the King of Pop for Original Blog Posting.

Directed by fashion photographer Herb Ritts, the sepia-tinted clip for Jackson’s 1992 ode to secret lust, ‘In the Closet,’ was the sexiest video the singer ever made. The beautifully-shot film featured Jackson in a tank top and tight jeans, dancing sensually with gorgeous supermodel Naomi Campbell under the hot desert sun.

‘Say Say Say’ wasn’t the most groundbreaking of MJ’s videos, but it may be the one that best captures the fun, childlike side of his personality — the side that often gets lost when people think about his larger-than-life image. So ignore the fact that Michael’s love interest was his sister LaToya — hey, casting was harder in those days — and watch Mike and Mac goof off for five minutes as they play con men and vaudeville performers.

Boyz n the Hood’ director John Singleton was behind the camera for ‘Remember the Time,’ Jackson’s journey to ancient Egypt. The nine-minute film starred Eddie Murphy as a pharaoh and Iman as his queen, with whom Michael was once in love. Murphy sent his servants — who include Magic Johnson — after the singer, who always managed to stay one step ahead.

7. THE WAY YOU MAKE ME FEEL
In ‘The Way You Make Me Feel,’ the King of Pop vigorously pursued a love interest through the streets. She did a great job of playing hard to get, showing Jackson no love for the longest time. Today, we might call his character a creeper, but his persistence paid off when he got the girl in the end.

Michael returned to ‘Thriller’ director John Landis for his 1991 multicultural anthem ‘Black or White,’ the song that declared, “I’m not gonna spend my life being a color.” The singer danced with people of all races and nationalities to make his point. Aside from a Macaulay Culkin cameo, the highlight was an innovative sequence in which the faces of various people were digitally morphed into each other.

5. BEAT IT
Another no-brainer on the list of the Top 10 Michael Jackson videos is ‘Beat It,’ featuring MJ’s zippered red leather jacket and a large group dance scene that would come to be one of his trademarks. For the sake of authenticity, he insisted that actual gang members be featured, a request honored by director Bob Giraldi.
4. SCREAM
With a price tag of $7 million, ‘Scream’ is still officially the most expensive music video ever made. (Though its director, Mark Romanek, insists there were other videos that cost more.) The 1995 film allowed Michael and sister Janet, alone on a futuristic spaceship, to vent together about the molestation allegations against the singer.
3. SMOOTH CRIMINAL
In ‘Smooth Criminal,’ Michael, looking like an old-time gangster in his white suit and fedora, leaned forward in a gravity-defying maneuver that we eventually learned was possible due to a special shoe attachment bolted to the floor. The full-length version of this 1988 video from ‘Bad’ appears in the ‘Moonwalker’ film.
2. BILLIE JEAN
Considering how the tabloid press dogged Jackson throughout his life, it’s appropriate that one of his best videos featured a photographer following him around. ‘Billie Jean’ is considered one of the videos that legitimized MTV since the network was reluctant to play black artists before tossing this clip into heavy rotation. And even though everything Michael touched lit up, the paparazzo was never able to get his photo.
1. THRILLER
By today’s cinematic standards, ‘Thriller’ might have a few flaws. The acting certainly isn’t that great (sorry, Ola Ray). But the 14-minute short film and its brilliant costumes and choreography transformed the medium, changing people’s minds about what a music video could look like. For these reasons, ‘Thriller’ is the best Michael Jackson video and perhaps the best music video by any artist in history.

What Are Your Picks for the Best Michael Jackson Videos?

What, no ‘Bad,’ ‘Dirty Diana’ or ‘Rock With You’? Not every great video MJ made could fit into our list of the Top 10 Michael Jackson Videos. Let us know which ones we missed in the comments below.