We are WCN are particularly excited about this story which lifts up Women and is a prime example of what hard work determination and a Media willing to highlight Role Models in STEM Instruction.

Ladies we deem it an honor to tell your story of the Wild Blue Yonder, Up Up & Away.  May this post reach a girl struggling with direction.  It takes a lot to entrust that equipment to any crew.  Given our history isn’t it time we succeed again and again and leave a legacy of this kind of success for our sons and daughters. 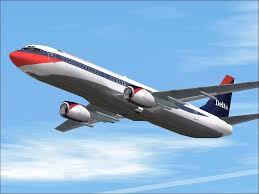 TUSKEGEE AIRMEN WE SALUTE YOU!!

Now for some fun.  Can anyone tell me what Aircraft this is and if you think Delta should create a RED TAILS Retro Fleet to Honor The Tuskegee Airmen COMMENT, CLICK LIKE AND SHARE WITH OTHERS.

And stay tuned to WCN Transmedia Group Publications.  We are organizing Transmedia Revenue Share Communities to support Profits and Non Profits.  Main Street and Wall Street, the 1% and the 99%.  Yes 100% Prosperity is more than possible its Heritage Time.