Brightcove Acts Like a Media Conglomerate, How Video Sharing Can Help Customers 04/02/2012

Posted by wcntransmedia on April 2, 2012
Posted in: Uncategorized. Leave a comment 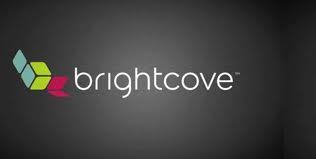 Brightcove Acts Like a Media Conglomerate, How Video Sharing Can Help Customers – 04/02/2012…Brightcove has had a target on its back since it launched in 2004 as one of the first online video platforms and then snagged round after round of venture funding to the tune of more than $100 million raised. But the pioneer in the online video arena has managed to keep running ahead of the pack — landing marquee clients, growing revenues every year (from $36.2 million in 2009, to $43.7 million in 2010, to $63.6 million in 2011), going public and continually launching new efforts to bring additional online video players and vendors into the fold.