Posted by wcntransmedia on March 17, 2012
Posted in: Uncategorized. 2 Comments 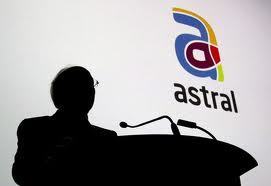 “It fits perfectly with what we are trying to do,” Cope told a news conference in Montreal. “We believe TV everywhere is absolutely where the market is going.”

Cope said Bell has 200,000 to 300,000 customers now watching its mobile TV services and wants to increase the numbers, as well as sell to its competitors.

The deal includes Astral’s (TSX:ACM.A) radio and television stations across the country, but Cope stressed it’s particularly important to make his company a media leader in Quebec where it competes with Quebecor (TSX:QBR.B) and the Canadian Broadcasting Corp.

“The coming together of Bell and Astral puts us now head to head with our competitors in the marketplace, be it Quebecor’s Videotron and CBC,” Cope said in a conference call with analysts to explain the deal.