Posted by wcntransmedia on January 26, 2012
Posted in: Uncategorized. Leave a comment 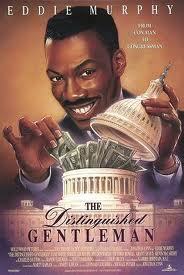 wcntv commentary: POTUS asked for a bill to stop insider trading in Congress. But isn’t that asking the Fox to provide security for the Chicken Coop. We the people want such a bill, a level playing field between the American People and our Representatives in Washington. Anyone Remember Eddie Murphy in The Distinguished Gentlemen.   How on point was that script? Washington is broken and specifically Congress is broken, with two sets of rules and laws for the Public vs those set for Congress.   Surely the forefathers did not set out the Constitution to create this mess and disparity. But where is the media reporting for this. Of all of the items covered by the news media, I have heard not one report calling for Congress to provide the President the Wall Street Bill to sign. 60 Minutes has reported it some time ago and now The President has asked for legislation to close those loopholes and others apparently.   Should this be allowed to be sweep under the rug? We the People Think Not. It’s time to OCCUPY LEGISLATION TO STOP INSIDER TRADING BY OUR ELECTED OFFICIALS.   Insider Trading: How Congress Can Make Big Bucks at Our Expense   The federal government has finally got the message that it’s time for stronger oversight of Wall Street and the financial services sector. It’s also time to put an end to secret spending and insider trading.   A dangerous legal loophole still exists which allows members of Congress and high-powered executive branch appointees to exploit ‘insider’ knowledge of the financial industry in order to turn personal profit.   Under current law, those who have access to the privileged “non-public information” gathered through official oversight proceedings may be using that information for personal benefit in securities and commodities trading. Equally as abhorrent, lobbyists and traders who haunt the halls of Congress seeking insider tips from staff – known as “political intelligence consultants” – may also enrich themselves and their clients off of this confidential information.   This type of “insider trading” would be illegal for you and me – so why should it be legal for government officials?
Via www.citizen.org