Areebaareeba Launches A Cool New Interface. Check it Out. & Connect to 120 Countries @airshaid

@WCNTV Review:   After many days of trying to get a moment to check out the New Areeba Areeba I found that it was very simple and user friendly.  Has a very Facebook type feel which inspires trust in the site.  It’s free to sign up and will be checking out the functionality.  Stay tuned as WCNTV predicts great things for this Global Site.  Congrates to Ayman Irshaid Founder and CEO of Areeba Areeba and his team for a job well done.  I look forward to future interfaces that may provide Transmedia Brandcasting Opportunities for Areeba Users.  We are pleased to introduce to our readers:   THE NEW AREEBA AREEBA   A network that unlocks your true potential.   To some, AreebaAreeba is the catchphrase of Speedy Gonzales, the cartoon Mexican mouse. But in the reality, it is the answer to social networks. AreebaAreeba is the world’s first social networking tool for your personal and professional life online. It categories what its member’s interests are and aligns them accordingly. Membership to the site is completely free.   Once registered, you can begin setting up your profile, communicating, learning and sharing knowledge and resources with old and new friends alike through the site’s built-in user friendly features.   Translated from Arabic into English as “closer closer”, AreebaAreeba was founded in the living room of Ayman Irshaid in 2011.The website officially launched on Mach, 2011.   At the end of the first six months in operation, AreebaAreeba had a total of 750,000 members in over 120 countries.
Via www.areebaareeba.com 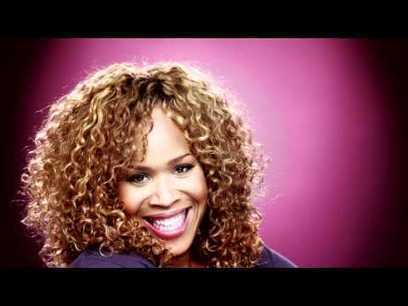 Posted by wcntransmedia on January 18, 2012
Posted in: Uncategorized. 2 Comments

As a Transmedia Brandcasting Catalyst and a Anti Piracy Specialist there are solutions to Online Piracy by shifting the business model to one that supports Transmedia Brandcasting. Monetized Streaming Video and Production financed through direct to consumer merchandising of film and television Intellectual Property. What both the Technology and Hollywood Community is ignoring largely is allowing Entrepreneur’s like Luis Pascal Founder of APDMF The Anti-Piracy Digital Media Format for the elimination of duplication of Physical Media, including CD‘s, DVD‘s, and Video Gaming Software. This two-pronged approached advocated by WCN Transmedia Group and demonstrate billions in savings from Piracy and additional revenue should the Federal Government accept our offer to share revenue from the Licensing of the APDMF Utility to the 180 Members of the World Intellectual Property Organization (WIPO).
Via wcntransmediaworld.wordpress.com

Your Facebook Feed May be Full of Video From Politicians. You’ve Been Warned.

Via Scoop.it – Monetizing The Customer Experience
Your Facebook Feed May be Full of Video From Politicians. You’ve Been Warned.
Via www.mediapost.com

Why SOPA Is Dangerous 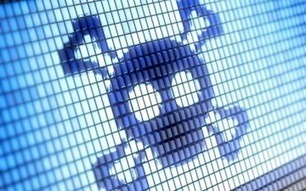 One writer discusses why we need to understand and oppose SOPA — immediately.   I’m sure you’ve heard by now that SOPAis bad and would ruin the Internet, but have you actually read the bill? If not, it’s worth reading, for two reasons. First, if you are going to oppose a bill, you should know exactly what you’re opposing, not just the vague principle behind it. Second, it’ll provide you with a valuable insight: that these bills are written in an attempt to obscure the truth.First off, I’m going to qualify that I’m not a lawyer. However, I am a programmer, and that’s made me pretty good at unraveling spaghetti code. If ever a bill was spaghetti, this is it. If a programmer on my team wrote code as convoluted as this bill, I would fire him on the spot. That being said, there may be provisions I’m wrong about; if there are, please do correct me. My intent is to communicate the truth of this bill as cleanly as possible.
Via mashable.com 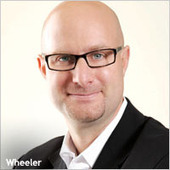 Data Reveals Social Graph Impacting Brand ‘Lift,’ As Well As Direct Response – 01/18/2012…   In what may be the most robust and detailed data analysis on the impact the social media connections of consumers have on the effectiveness of advertising and brand metrics released to date, marketing analytics firm 33Across is distributing eight-months of so-called “brand graph” data used by 100 consumer marketers to target 250 online campaigns during the latter part of 2011. The most significant finding is that targeting ads on the basis of consumer’s social media conversations and content significantly boosts the performance of all advertising metrics – both direct response, as well as the more elusive element of “brand lift.”   Read more: http://www.mediapost.com/publications/article/165961/data-reveals-social-graph-impacting-brand-lift.html?edition=42356#ixzz1jpEr31FY
Via www.mediapost.com