Welcome to the future: Super Bowl to be Streamed Online

Posted by wcntransmedia on December 20, 2011
Posted in: Uncategorized. 1 Comment 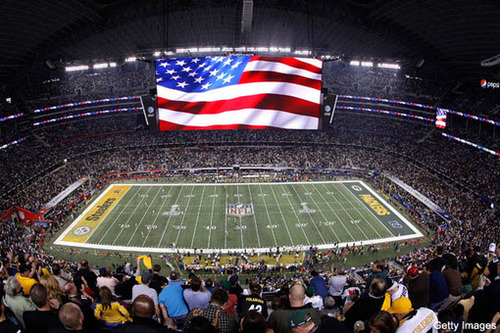 Welcome to the future: Super Bowl to be Streamed Online By Maggie Hendricks   The Super Bowl, annually the most-watched thing on television every year, will now have viewers online. The NFL announced that for the first time, the game will be streamed on the NBC’s website and via the NFL’s Verizon mobile app so that fans can watch via their computers or mobile devices. Both groups already stream “Sunday Night Football,” so the Super Bowl won’t be their first venture.   [Video: NFC playoff picture | AFC playoff picture]   The best part is that additional camera angles, statistics and highlights will be available to viewers who choose to watch online.   This is a football nerd’s heaven. Commercials? Who needs commercials when you can watch Aaron Rodgers scramble on third-and-2 with James Harrison running him down from seven different angles? It includes sideline views, so you’ll be able to watch the Super Bowl unfold in the same way Bill Belichick does. NBC’s usual Sunday night stream also includes DVR controls, so fans can stop the game as they wish.   Fans won’t be tied to their television if they want to catch the game. This is a dream come true for travelers, as well as workers who cannot get the night off. A flight won’t preclude a football fan from watching the Super Bowl as long as the plane is equipped with Wi-Fi. We won’t judge anyone stuck at work for sneaking a peek or 12 at the game on their phone.   [Video: Are the Packers vulnerable?] If you’re wondering, this is the future, folks: Flying cars, jetpacks, self-securing shoes; cures to every conceivable ailment would be nice, but controlling the way you watch a football game is way more important.
Via sports.yahoo.com

One comment on “Welcome to the future: Super Bowl to be Streamed Online”