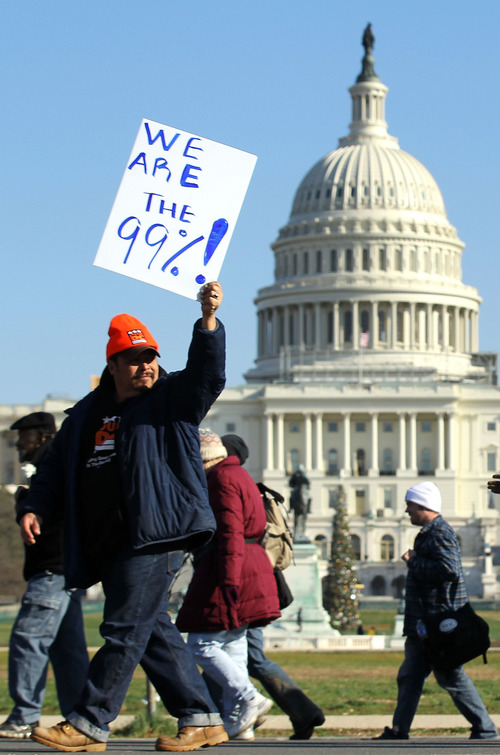 The time has come to amplify the Occupy Movement like never before.   Civil Rights leaders and heads of the African American Clergy have joined with Representatives of Occupy Wall Street, David DeGraw & Shamar Thomas, to expand its base and intensify its efforts. OWS is welcoming Black church clergy into the movement to address income inequality and economic injustice under the banner of Occupy the Dream.   STORY: TIME Announces Person Of The Year Dr. Jamal Bryant, Dr Benjamin F. Chavis, Jr. and African American clergy from across the country will gather to announce their integration into the Occupy movement to launch and mobilize “Occupy the Dream.”   WHO: African American Clergy, and Civil Rights Leaders Join with Representatives of the Occupy Wall Street (David DeGraw & Shamar Thomas)   Read more: http://globalgrind.com/news/its-time-occupy-dream-occupy-wall-street-dc-details#ixzz1gYqT0bBc
Via globalgrind.com

Via Scoop.it – Monetizing The Customer Experience
Don’t show ’em the money (even if you have it). Here are nine better ways to boost morale.
Via www.inc.com 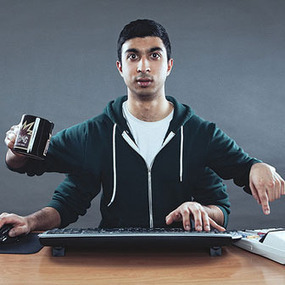 You have more important things to focus on than, um, focusing. Get back on track with these tips.
Via www.inc.com

Posted by wcntransmedia on December 14, 2011
Posted in: Uncategorized. 2 Comments 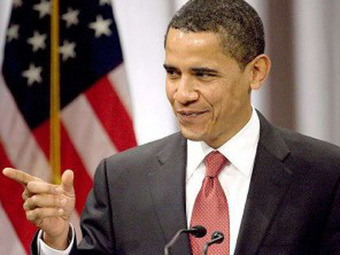 And get some of their email addresses too.   President Barack Obama’s reelection campaign has often embraced unusual fundraising gimmicks, but this one may take the cake.A new promotion allows supporters to donate to the Obama campaign — and then email a Republican friend to let them know they were the “inspiration” for their donation. From the Obama campaign’s website: Who inspires you to give? This holiday season, we’re giving you a chance to have a little fun at the expense of a Republican in your life by letting them know they inspired you to make a donation to the Obama campaign. Simply enter their name and email address below. Then, we’ll send them a message letting them know they inspired you to donate. Thank you for supporting this campaign, and happy holidays.   Deputy Campaign Manager Julianna Smoot emailed a the link to the promotion to supporters, Keith Koffler reports, and also invited them donors to buy something from the Obama 2012 store for their Republican friends. Really want to fire up your GOP friends? Buy them a gift from the 2012 store. I recommend the birther mugs — they get the message across pretty well.   Aside from poking fun at Republicans, Koffler suggests another reason for the promotion — it’s an easy way for the Obama campaign to get emails and mailing addresses of Republican voters, for use later in the election. UPDATE: Obama spokesman Ben LaBolt nixes any conspiracy theories about the email gathering. “The tin foil hats can be retired, and Mulder and Scully can stand down. The email addresses are not stored,” he tweeted.   Read more: http://www.businessinsider.com/the-obama-campaign-wants-to-help-you-have-fun-at-the-expense-of-your-republican-friends-2011-12?utm_source=alerts&nr_email_referer=1#ixzz1gYf1Ebvl
Via www.businessinsider.com

How To Get Your Startup Bought By Apple 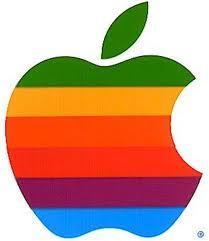 What Apple’s rare buys have in common….   More mapping technology: this time startup Poly 9 got snatched because of its web 3D technology. Apple acquired Canadian web startup Poly 9 for an undisclosed amount last year. Poly 9’s technology is a 3D browser-based geolocation tool, which shows Apple’s move to further their efforts to augment experience around mapping. We might be seeing a Google Earth competitor soon. However, Google Maps is still the default on iOS devices.   Read more: http://www.businessinsider.com/boonsri-dickinson-how-to-get-your-company-bought-by-apple-2011-12?nr_email_referer=1#more-mapping-technology-this-time-startup-poly-9-got-snatched-because-of-its-web-3d-technology-4#ixzz1gYcSdx4N
Via www.businessinsider.com

Welcome To The Revolution | Networking Star – A Place for Entrepreneurs to Connect, Share, and Learn

Introducing Triniti Communications; an amazing new technology company that sells everything from phones to household electronic control devices (Nuclius), to unlimited international calling from your mobile phone (Spirit World).   Your Invitation Link to THE REVOLUTION: CLICK BELOW:   HTTP://WWW.TRINITICOMM.COM/MYBIZ11412
Via networkingstar.com

50 Cent Takes On Interscope, Yet Again – The Juice | Billboard.com 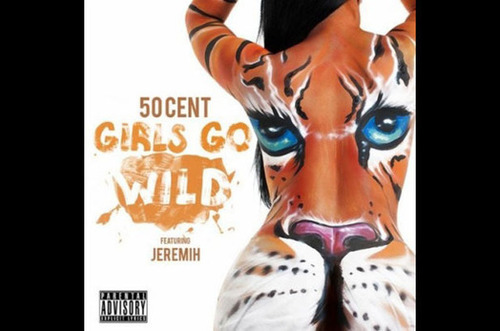 50 Cent took to Twitter yesterday (Dec. 12) to express his on-going dissatisfaction with label Interscope.
Via www.billboard.com