Posted by wcntransmedia on December 1, 2011
Posted in: Uncategorized. Leave a comment 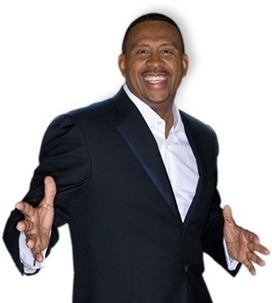 Welcome to baisdenlive.com, the official website for The Michael Baisden Show. Check out the podcast center for past shows and join us each weekday for our live broadcast. Michael Baisden and George Willborn are live from 3:00 pm – 7:00 pm est.   Congratulations! You are on your way to becoming one of our finalist in the Million Dollar Business Pitch. This is your opportunity as an entrepreneur to submit your business, product, or service for your chance to get a part of a $500,000 investment into small businesses. I am committed to “Paying it forward” to help you live your dream.
Via www.baisdenlive.com

Al Sharpton’s Message to Herman Cain “If there is no struggle, there is no progress.” Frederick Douglass

Posted by wcntransmedia on December 1, 2011
Posted in: Uncategorized. Leave a comment 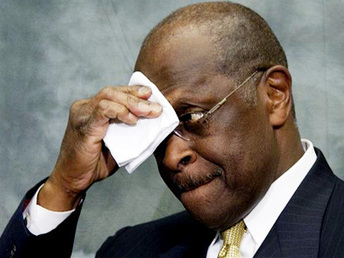 Al Sharpton’s Message to Herman Cain “If there is no struggle, there is no progress.” Frederick Douglass

I saw on the internet that you called the President a liar. I deplore what you are doing and the things you are saying about the President in order to gain favor with these greedy, thieving, selfish, Republicans. How dare you call President Obama a liar. You are a pathetic, obviously brainwashed black man who has lost his way and his mind. You have had opportunity and a smattering of privilege in America that has made you forget your roots. I despise people like you and Clarence Thomas, and you both have Georgia roots.

What is it with you black men from the south who grow up in an oppressed environment and end up siding with the oppressor? The recent case of Troy Davis in Georgia is an excellent example of the present day oppression and legal lynching that still takes place in that state and in this country. The political party that you praise so highly is presently enacting laws to suppress the black vote, the student vote, and many elderly voters across this entire country. Yet, you choose to stand with people who display such obscene and un-American behavior. You would throw black people (including the President of the U.S. ) and others under the bus to curry favor with these non-caring and hedonistic people.

You were there when your Republican cohorts cheered about the death penalty which disproportionately affects black men and women in this country – some of whom have been proven to be innocent. You should be ashamed to stand with these people and yet, you appear to be proud of such an association.

Yes, President Obama does believe in fairness and sharing the responsibility of the tax burden, it is not socialism nor is it class warfare, and he is not a liar for saying it. That kind of rhetoric from you and those with whom you identify is nothing more than a weak defense for the greedy and despicable philosophy that you choose to embrace.

Do you really think those people with whom you stand on the debating platform really respect you and see you as their equal? They as well as others see you as a joke and a person who is engaging in buffoonery. A Republican majority House and Senate would never pass your “so called” 999 plan. They would never deem it in their best interest. Besides, there are many who believe your plan is a coded message from Satan. If you flip the numbers they become the 666 plan.

You will never be President of this country, and I thank God for that. I must say, you certainly live up to your last name. Just as Cain in the Bible so blatantly slew his brother, you are equally willing to do the same politically and economically to millions of black and middle class citizens of this country. Such behavior is extremely ugly, and need I remind you,
Mr. Cain, that God does not like ugly.

P.S. If it wasn’t for the fact that I’m having a nice day, I would tell you what I really think about you.

IF YOU ARE TIRED OF WHITE AND BLACK REPUBLICANS CALLING PRESIDENT OBAMA A LIAR – PLEASE FORWARD THIS SO OTHERS MAY KNOW THE TRUTH.