What the President signed into law today. I’m keeping the pressure on

Posted by wcntransmedia on November 21, 2011
Posted in: Uncategorized. Leave a comment

This month, Congress passed legislation that helps get veterans back to work. Now it’s up to us to make sure they pass legislation for cops, firefighters, teachers, and middle-class families like they did for vets.
Via my.barackobama.com

Queue You For Architecture Responsibility & Kudos 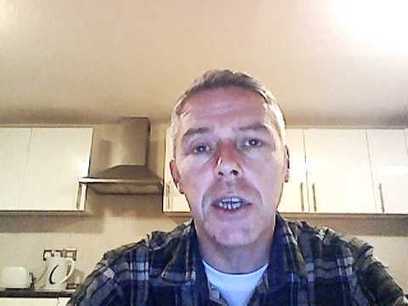 WCNTV Commentary:  Let me know if a talk show might be the right format for Scott.  This important undertaking deserves our intention and discussion.  Would you tune in weekly or daily. 30 Mins or 60 Mins.  What Guests would you like to see Scott Identify.  Finally if you could support Queue and Ark Foundation and make a substantial income saving the planet would that get your attention.  The 99% Transmedia Think Tank that Scott just encouraged me to create is Identifying Transmedia Revenue Share Opportunities that you can create Multiple Income Streams and affect the Sustainability of the Global Family Income.  Cudos Scott:  You get 500 Signatures Clicks or Likes and lets discuss seriously a Prime Time Special.  Which can go Viral.  Its Time to Be The Difference now QUE YOU!!!!! Jay O’Conner Chairman & CEO WCNTV   Tell me what you want the audience, more detail via information, knowledge, education on the subject of QU & ARK via Allocentric Ecology Environmental & Sustainable attributes & justification.
Via www.youtube.com

Posted by wcntransmedia on November 21, 2011
Posted in: Uncategorized. 3 Comments 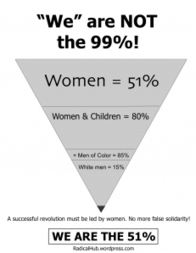 WCNTV Commentary:  Wow was thinking the same thing when I watched Miss Represented on OWN.  Immediately started the following opportunities for Women’s Voices on WCNTV the television network I al launching.  Here is what has been set up for OWS and more specifically the Transmedia Storytelling for Women via TV EVERYWHERE.   Here are the resources we have begun. Transmedia Women’s Council on Linkedin http://www.linkedin.com/groups?about=&gid=4139760   Occupy Transmedia Daily Via Scoopit. http://www.scoop.it/t/occupy-transmedia   You might ask why would a man start a Women’s Publication?  Lets just say I have one opportunity to get it Right.  I cannot afford to miss the opportuity to REPRESENT MY MOTHER, MY GIRLS and the Women who have contributed to my Well Being all my Life.  Equal Work means Equal Pay.  and when you do think about it.  All T&A Sells is Beer.  I don’t drink Beer enough to care.     Exclusive: OWS—Where Does Feminism Fit?   By Lucinda Marshall   November 21, 2011   As the Occupy Wall Street movement expands, women are working to make sure feminist issues are front and center. Here, the co-author of the new website Occupy Patriarchy outlines what it will take to succeed.   From an Occupy Wall Street handout by RadFem HUB   As the clarion call of Occupy Wall Street has spread throughout the United States and the world, many feminists have greeted the movement with enthusiasm and the hope that it will be a substantial opportunity to advance many of the issues that we have been working on for so many years. Affordable childcare and unequal paychecks, for example, are most certainly economic issues and reproductive injustice and the commodification of women’s bodies in the sex trafficking and pornography industries have huge economic ramifications. Put bluntly, the harms experienced by women as a result of global and national economic policies are, in aggregate, different and often far worse than those experienced by men. For instance, here in the United States:   Women are lucky to make 77 cents on the male dollar (women of color often earn far less than that).Women are still doing the overwhelming majority of unpaid work such as child and elder care and housework.Women are more vulnerable to intimate violence in times of economic stress when social services that could help them are being cut.Women are still paying more for health care, and our access to reproductive health services is under siege.Women still do not have equal rights under the Constitution.The United States is one of only six nations (including Iran, Somalia and Sudan) that have not ratified the Convention on the Elimination of All Forms of Discrimination Against Women (CEDAW).   For any real economic justice to be gained for the 99 percent, those issues certainly need to be addressed as an integral part of the Occupy agenda.
Via womensmediacenter.com

Posted by wcntransmedia on November 21, 2011
Posted in: Uncategorized. Leave a comment