Posted by wcntransmedia on November 11, 2011
Posted in: Uncategorized. 2 Comments 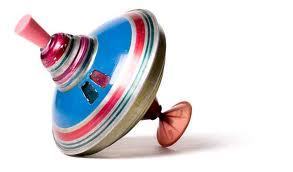 What This World Needs Is a Few Social Media Spin Doctors – 11/11/2011…As lucky as I am to have ongoing work, I am vexed by the ongoing high unemployment in our country and around the world. But I’m sensing an opportunity for those well-versed in etiquette and facts: Social Media Spin Doctor!   While the job title implies an advanced degree, what it actually requires is simple common sense and an ability to balance the immediacy of social media with a firm grip on the facts. As I see more and more social media interaction every day, I see the need for this growing. If we’re all our own spokespeople, publicists and
publishers, then we also need handlers.   Read Original Post  http://www.mediapost.com/publications/article/162251/what-this-world-needs-is-a-few-social-media-spin-d.html?c=91105#reply   WCNTV Comments: Could not agree more. And guess what as the world’s first Transmedia Brandcasting Catalyst I can tell you we have a plan to use monetized streaming video to create just that a new revenue stream that can be shared with the 99%. of Americans and be positive for the 1% as well. So this is indeed a great start to monetizing Social Media and 11/11/11 a Great day to be a Transmedia Brandcaster. We will be providing great opportunities for Advertisers and Fans to connect with their Transmedia Storytellers and existing Content Owners, Studios and Stars who are already merchandising for Corporations. Transmedia Brandcasting is good for Wall Street and Main Street as Customers are rewarded with the Greatest Customer Experience in Entertainment Ever. The ability to share revenue from clicking and buying and recommending. Far from Rocket Science but The Ultimate Customer Experience is being able to pay your Bills. Those Advertisers who understand that and the technology will receive an invitation to instantly sell you something from a Music Video, a Television Show or even a Movie WITHOUT commercial Interruption, Pre Roll or Pop Up ruining the Online Viewing Experience. Great Article. Catherine and very timely. Check out my blog for Transmedia Brandcasting Businesses that you can sign up today to start generating revenue from Daily Deals and Triniti Communications which will allow you accomplish exactly what I have shared in the post. Build a Transmedia Revenue Share Community for you and your family today. And stay tuned as this industry unfolds. https://wcntransmedia.wordpress.com/about/
Via www.mediapost.com

Posted by wcntransmedia on November 11, 2011
Posted in: Uncategorized. Leave a comment 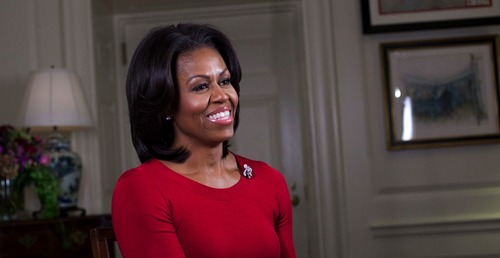 Support a military family at http://joiningforces.gov&#8230; Good afternoon, For 92 years, our nation has set aside November 11th as a day to honor those who have served in our armed forces. Originally, the day was set aside to celebrate the veterans of the First World War. Later, it was broadened to include every man and woman who has worn the uniform of the United States. And today, we continue that tradition by honoring the service and sacrifice of our troops and veterans. But I believe that this commemoration should last much longer than just 24 hours, once a year. That’s why Jill Biden and I launched the Joining Forces initiative to honor, recognize, and support the veterans and military families who have given our nation so much. We’re issuing a call to all Americans, so that everyone asks themselves one simple question: How can I give back? We’ve been overwhelmed by responses from across the country. Businesses are hiring more veterans. Nonprofit organizations are working with military children. And individuals all across the country have stepped up to help out in their community. How will you give back? Sign up for an opportunity to volunteer in your community, pledge service hours in honor of military families, or send a message of thanks to America’s heroes. Our efforts with Joining Forces come on top of the many actions my husband has made on behalf of our veterans and military families. He’s worked to send 600,000 veterans back to school on the Post-9/11 GI Bill and taken steps to help veterans translate military experience to the private sector job market. He repealed “Don’t Ask, Don’t Tell” — so that our troops don’t have to live a lie in order to serve the country they love. He ended the war in Iraq — our service men and women there will be home for the holidays. And just yesterday, the Senate passed two tax credits that he proposed to encourage businesses to hire America’s veterans and wounded warriors. So inside and outside of government, we’re building a wave of support to honor and recognize our veterans and their families. We can use your help. Today, let’s all find a new way that we can get involved in our communities, not just for Veterans Day, but every day. Visit JoiningForces.gov and sign up today. Thank you, Michelle Obama
Via www.whitehouse.gov

Ellen Johnson-Sirleaf won by a landslide, according to early results. But will she be able to unite a badly divided nation?

President Johnson-Sirleaf has a difficult road ahead in Liberia.

It looks like Liberia’s President Ellen Johnson-Sirleaf won a second term in a run-off election this week, but only time will tell if the divisions that became apparent during the election will continue to haunt the country.

On Friday early results show Sirleaf won 90.8 percent of the votes returned, a landslide victory against her opponent, Congress for Democratic Change (CDC) leader and opposition candidate Winston Tubman. On October 11 Sirleaf won nearly 44 percent of the first round vote and Tubman took around 33 percent, but Sirleaf didn’t pass the 50 percent threshold needed for outright victory—leading to a run-off election this past Tuesday. Tubman had said he would only participate in a second round vote if it were delayed by two to four weeks and if counting procedures were amended.

On Monday violent clashes erupted between Liberian police and protestors from the CDC, leaving at least two dead, according to the UN. Tubman, Liberia’s former justice minister, claimed that eight people died and that he and his running mate, soccer superstar George Weah, were targeted for assassination.

Photos seen around the world showed at least one dead body and many wounded, images reminiscent of those seen during Liberia’s 14-year civil war. Protestors fled into CDC headquarters as tear gas and bullets were fired on the building and tanks surrounded the compound.

The protests started after Tubman announced the party would boycott the run-off election, claiming voter fraud and ballot box stuffing in the first round of elections.

Speaking to reporters Thursday at Monrovia’s Foreign Ministry, Sirleaf said that if she wanted to steal the election, she would have won outright in the first round instead of having to go to a run-off.

“It’s so common for somebody to call fraud when you don’t win,” she said.

Victoria Nuland, a spokesperson for the U.S. State Department, said the United States was “deeply disappointed” by the decision of the CDC to boycott the run-off election. “The CDC’s charge that the first-round election was fraudulent is unsubstantiated,” said Nuland. “As evidenced by international and domestic observers, Liberia’s October 11 first-round presidential and legislative elections were fair, free and transparent.”

The U.S. State Department, the African Union, and the United Nations have criticized Tubman’s decision to boycott the vote. The Carter Center, the United Nations, and the Economic Community of West African States said the election was mostly fair.

On Tuesday Sirleaf said in a press release that she expresses “deep sorrow and regret over the violence which resulted in the death, Monday, at CDC headquarters.” She said an investigation is currently being conducted, promising that perpetrators will be brought to justice.

Election observers say the streets and polling stations were quiet on Tuesday as voters stayed away either out of fear of renewed violence or apathy after Tubman pulled out of the race. Turnout in Tuesday’s poll was 37.4 percent, a dismally low number compared to the 71 percent who voted in the first round a month ago.

The question now is whether low voter turnout will undermine Sirleaf’s presidency.

The election last month was the first democratically run elections in Liberia since the end of the civil war. The UN peacekeeping mission in Liberia ran the election in 2005 that ushered in Sirleaf’s first term as president. Tuesday’s election was supposed to show the world how far Liberia had come since the war ended in 2003 and that it was ready for foreign investment in such natural resources as iron ore and oil. Instead it proved how deep the divisions in the country remain.

Tubman told Reuters that he would not accept the result and may seek to have it annulled.

Nat Bayjay, a Liberian journalist from Frontpage Africa, believes Sirleaf’s second term will be extremely difficult following “one of the worst elections in the history of the country.” Bayjay, who is currently visiting the United States said, “This is haunting her. Sirleaf will have a serious challenge and a divided nation. She has a serious reconciliatory issue at hand.”

On Thursday at Monrovia’s Foreign Ministry, the president emphasized that she is not worried that her mandate has been weakened by the lack of voters.

“The numbers themselves will give us a mandate,” Sirleaf said. “And I think what we do to bring the Liberian people together will strengthen that mandate.”

The views expressed in this commentary are those of the author alone and do not represent WMC.  WMC is a 501(c)(3) organization and does not endorse candidates.

To support women journalists who are changing the conversation, donate to the WMC here.

This entry was written by Ruthie Ackerman, posted on November 11, 2011 at 12:28 pm, filed under *Feature*, Exclusives, Exclusives Articles, International, Uncategorized, WMC and tagged Ellen Johnson Sirleaf, Liberia, Ruthie Ackerman, Women Peace Laureates, Women World Leaders. Bookmark the permalink. Follow any comments here with the RSS feed for this post. Trackbacks are closed, but you can post a comment.