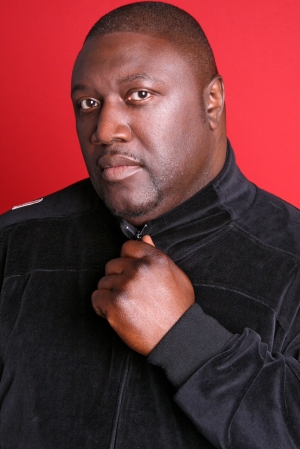 WCN Transmedia Group Artist Showcase “Chris Ballin”  Currently back with Incognito, Chris Ballin is Back on tour in Japan to bring solace to the devastated by the earthquake. Chris  is singing with a vengeance and is set to take his rightful place along side the artists that he has served so diligently as a background artist just itching to enter the spotlight.  We predict great things for this artist.  His talent stretches beyond singing well into comedy and the theatre.   Look for many great opportunities to support this artist in the near future in the USA.

Lets listen to some of his incredible vocals. 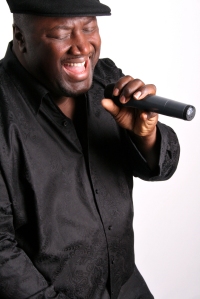 Chris Ballin has a silky smooth voice that can be described as reminiscent of the great Luther Vandross. As an artist, Chris’s talents are diverse – Not only is he a lead vocalist, backing singer, vocal arranger and songwriter, he has also lent his talents to many of the movers and shakers of the music world. Everyone from rockers Pink Floyd, UK’s nu classic soul singer Omar, to the legendary Tina Turner. Chris Ballin was born in Nottingham, England. His musical journey began at the tender age of 8 when he started to play the drums and by the age of 10 he had joined his first band. After leaving School Chris formed his own group Pegasus where his vocal talents began to shine as lead singer performing on the club and pub circuit in Nottingham. Chris knew he could go further – working as a carpenter by day and rehearsing at night he traveled to London for a couple of shows. This is where Chris met a guy called Martin who turned out to be UK reggae singer Maxi Priest’s brother. Maxi needed a drummer for his tour, and Chris was the man for the job, the band split and Chris moved to London in 1990 to tour with Maxi Priest and then with Caron Wheeler in 1991. Chris’s career has since gone from strength to strength. 1995 saw Chris singing lead and backing vocals for Candy Dulfer, Kim Wilde, Omar and Incognito. 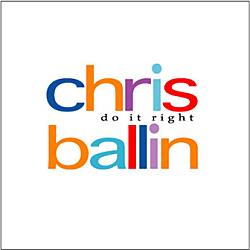 1996 Chris did television work for ZZ TOP, Belinda Carlisle and Chaka Khan, recording with Mark Morrison, M-People, Brand New Heavies, Desiree, Mica Paris and Tina Turner. Touring with Ali and Omar. After this intense period of activity, Chris felt it was time to go it alone. He had previously worked with R&B producer, Errol Henry on a few sessions, where they formed an excellent understanding. Ballin was encouraged by Henry to develop his song writing skills through a series of collaborations with some of the UK’s most gifted writer/producers, which culminated in the creation of his debut album ‘Do It Right’. With notable contributions from Phillip Linton (Loose Ends/Maxi Priest), Steve Carmichael (The Affair, Shirley Jones, Shaun Escoffrey), and Errol Henry (Bobby Womack, The Jones Girls, Lulu, The Sound Principle) ‘Do It Right’ was released to critical acclaim and is widely regarded as one of the finest recordings ever created by a UK artist. Chris worked with Incognito in 1997 on 2 of their albums “Beneath The Surface” and ‘Inner Shade’ contributing lead & backing vocals. In 1998 Chris toured with Ali, Connor Reeves and Cliff Richard. Worked with Courtney Pine, Gabrielle and Travis and teamed up once again with Desiree for her single “Single Life”. 1999 was a very eventful year for Chris working on his own material, song writing and vocal training as well as providing vocals for the Kentucky Fried Chicken, Vitalite and Mazda advertisements. Chris toured with the Brand New Heavies, All Blue and Cliff Richard and sang on Drizabone’s album whilst still finding the time to work with Mick Hucknall of Simply Red, Sting and Dave Stewart of the Eurythmics. There has been no decline in the demand for Chris Ballin’s vocals from 2001 to 2003 he has been singing along side Donna Summer, Song by Four, En Vogue, Chaka Khan, Omar and Shaggy. While Chris is still contributing to others success, it now time for the man with that voice to get some of his own. It’s now time for Chris Ballin to shine.